Добавлено 2 недели назад от admin
1 Просмотры
I'd say this is my new best speedrun. I think this beats Devil any% 2:05.
For one, the challenge wasn't just getting the time, but also getting silent assassin. It wasn't like CD 0:23 because I could get the time, but not SA, but not like Flatline 3:57 or ANL 0:34 where SA was easy but the time was the challenge. It was like this combination of both which instantly makes it harder than any other IL I've done. I actually got about 5 or 6 2:05 SAs, but shaving off that last second was VERY tough. It took me nearly two weeks to get it. Funny enough, I didn't hit the fast stairs at the end, so it made me wonder if 2:03 could be done, but I really don't think so. PC could probably get it on 60 fps.
This entire grind has probably been my longest ever for one level, not just for taking off one second, but for the entire level in general. I remember when I first went for 2:08 a few months ago. Then I got 2:07 and thought that was it. A few weeks ago, I developed a method to get 2:06 and started going for that. Three beat me to it, but then I found out 2:05 was possible. I did some more testing and was blown away when I found out I could get 2:04. Three had a much easier time getting 2:04, and congrats to him, but obviously it was going to be much harder for me.
I've probably explained my method on my previous PBs, but let me explain what I did differently. I have to enter the bathroom and basically drop contraband (like a tmp or a syringe) ASAP so the guard enters the room quickly. I then have to make sure the door is closed before I push him over. If the stress meter turns yellow like it did in my first 2:04 fail, then the guard is a witness. The guard then has to fall fast enough so that his disguise is available at the earliest time possible like in this video.
It's pretty simple from there, but I have to hit the fast stairs glitch so I slide down quickly. I detonate the first bomb late enough so Daniel doesn't come out too early. The guard in the courtyard thankfully was already posted and not moving, so when I threw my next bomb, he would not notice. This was important so that when I when I shot the door, he wouldn't shoot me and blow my cover. The reason why I shoot the door is to prevent Daniel to coming out, plus it is the perfect amount of time to pass before I detonate the second bomb to kill Parchezzi. Pretty self-explanatory from there.
Speaking of, I have theorized a method to get sub 2 minutes with uncapped fps. If anyone wants to go for it (Three or Wer), here's how I think it can be done. Basically it is the same thing as this, but when you get out to the courtyard, you yeet the mine from WAY back up next to the window, then detonate immediately. You would have to get the "bad" rng for Parchezzi's pattern to get it though.
Broadcasted live on Twitch -- Watch live at https://www.twitch.tv/alphabrother 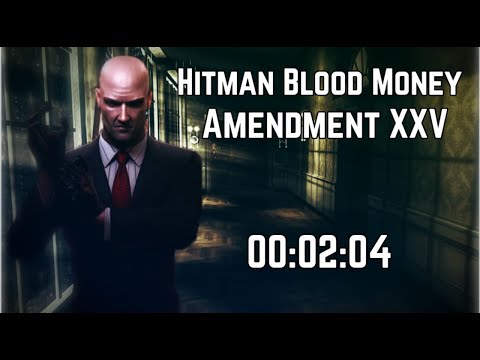 I'd say this is my new best speedrun. I think this beats Devil any% 2:05. For one, the challenge wasn't just getting the time, but also getting silent...